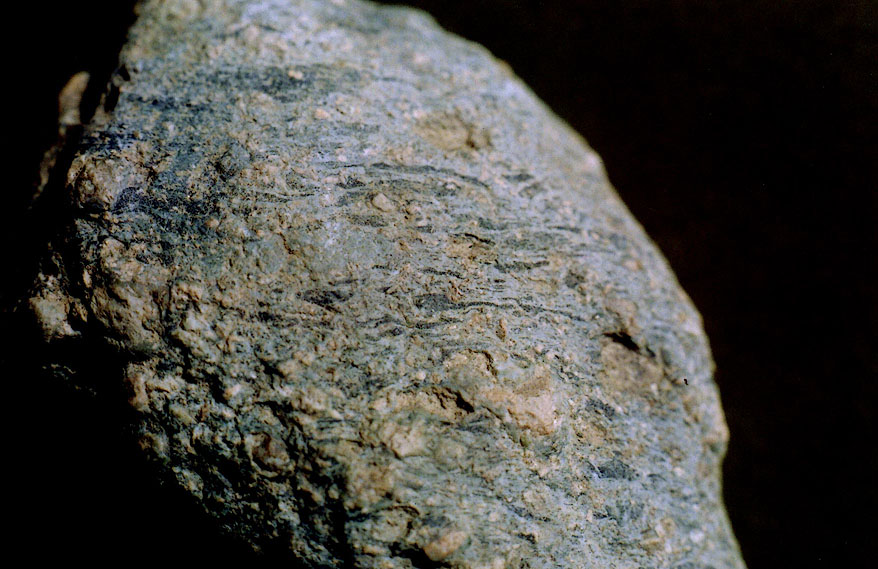 image BIZ28.jpg
track, Sadgill to Gatescarth, Longsleddale, Westmorland, NY40 -- Ignimbrite, loose specimen from the track from Sadgill to Gatescarth Pass, Longsleddale, Westmorland, 18 July 2004, Borrowdale Volcanics, Ordovician period.
Ignimbrites are the results of a pyroclastic flow of volcanic ash, an explosive outpouring of gasses and fragents at temperatures of several thousand degrees Celsius which flow downhill at high speeds. As the semi-molten rock fragments begin to settle out they are drawn out by the flow, stretched into elongated shapes which can be seen in the surrounding matrix of finer ash. As the hot flow passes over wet sediments bubbles of steam make holes in the settling ash. The ash is compressed into a hard rock. The holes have been filled with feldspar crystals, leached out of the surrounding rock: Pettigrew, Tim (edited): 2004